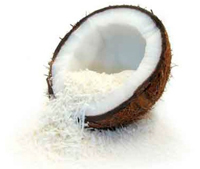 The Tree of Life

The coconut palm is a member of the family Arecaceae (palm family). The scientific name for coconut is Cocos nucifera. Early Spanish explorers called it coco, which means “monkey face” because the three indentations (eyes) on the hairy nut resembles the head and face of a monkey. Nucifera means “nut-bearing.”

Found throughout the tropic and subtropic area, the coconut is known for its great versatility as seen in the many uses of its different parts. Coconuts are part of the daily diets of many people. Coconuts are different from any other fruits because they contain a large quantity of “water” and when immature they are known as tender-nuts or jelly-nuts and may be harvested for drinking. When mature, they still contain some water and can be used as seednuts or processed to give oil from the kernel, charcoal from the hard shell and coir from the fibrous husk. The endosperm is initially in its nuclear phase suspended within the coconut water. As development continues, cellular layers of endosperm deposit along the walls of the coconut, becoming the edible coconut “flesh”.[5] When dried, the coconut flesh is called copra. The oil and milk derived from it are commonly used in cooking and frying; coconut oil is also widely used in soaps and cosmetics. The clear liquid coconut water within is a refreshing drink. The husks and leaves can be used as material to make a variety of products for furnishing and decorating. It also has cultural and religious significance in many societies that use it.

Coconut is highly nutritious and rich in fiber, vitamins, and minerals. It is classified as a “functional food” because it provides many health benefits beyond its nutritional content. Coconut oil is of special interest because it possesses healing properties far beyond that of any other dietary oil and is extensively used in traditional medicine among Asian and Pacific populations. Pacific Islanders consider coconut oil to be the cure for all illness. The coconut palm is so highly valued by them as both a source of food and medicine that it is called “The Tree of Life.” Only recently has modern medical science unlocked the secrets to coconut’s amazing healing powers. 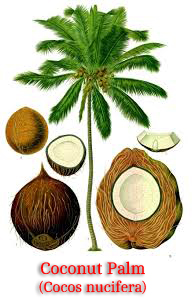 People from many diverse cultures, languages, religions, and races scattered around the globe have revered the coconut as a valuable source of both food and medicine. Wherever the coconut palm grows the people have learned of its importance as a effective medicine. For thousands of years coconut products have held a respected and valuable place in local folk medicine.

Modern medical science is now confirming the use of coconut in treating many of the above conditions. Published studies in medical journals show that coconut, in one form or another, may provide a wide range of health benefits. Some of these are summarized below: 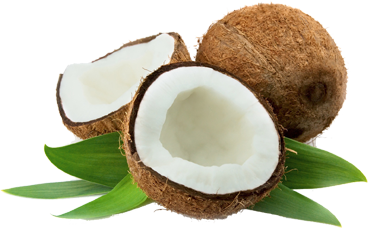